The Color of the Messiah

What was the color of the Messiah?

The question of color ⁮(or colour) is a very sensitive area. As soon as one brings up the color of people in the Bible, the typical response is that it doesn’t matter.

This is heavily attributed to the writings of Apostle Sha’ul, as one is very likely to hear, neither Jew nor Gentile or it is all about spiritual Israel, no longer about Israel in the flesh. we are grafted in, so it does not matter. Of course no one can become Israelite, but that is explained in detail on our post called Grafted In Gentiles Explained.

Additionally, there is a smart trap that has been set by those who brainwashed us. What is this trap? To attribute any blame of the pale (white) race as being racist.

The stigma of being a racist, hardly anyone wants to bear. So as soon as you question anything about race, or point out any white supremacy actions taken by the Gentiles, you are said to be racist.

In so doing, the perpetrators are kept untouched in the lies they have perpetrated over the centuries, and we remain in their systematic racism.

Indeed, one great avenue for this deception is the whitewashing of the Bible. Yes, the Bible is about negroes. As a matter of fact, in the Bible, the pale people did all the evil against the Israelites.

The rulers of this world (Job 9:24) even kept out the 400 years before the time of the Messiah out of the modern Bible and called it the 400 years of silence. They attributed this to the lie that no holy prophet spoke during this time. In actuality, they removed the atrocities they committed against the Israelites.

One such action of the Greeks are detailed here:

1 Macabees 1:60  At which time according to the commandment they put to death certain women, that had caused their children to be circumcised. And they hanged the infants about their necks, and rifled their houses, and slew them that had circumcised them.

They removed these books that were in the original 1611 version of the Bible and some of these books are in what is called the Apocrypha. When you read these books, you will get to see how evil the Gentiles were and how they have not changed. Their modus operandi (mode of operation) has remained the same!

Painting the Likeness of Their Images

And one of the books tells us what the Gentiles did with the scripture:

1 Macabees 3:48  And laid open the book of the law, wherein the heathen had sought to paint the likeness of their images.

So for ages, they have sought to paint the likeness of their images. So when the Israelites went into captivity and the Gentiles had full control over the Hebrew scriptures, they painted over the images of biblical figures. Brown (black) people were painted pale (white). This was the era of the renaissance, which they call the rebirth of learning.

This was actually a time when they took all the knowledge at their disposal and made it theirs.

So brown people (who they call black) suddenly became pale (what they call white). black, black Moses became white, white Moses. So did Abraham, so did Jacob and everyone else. While we are at it, the Messiah, who is the most revered man in the Bible, why not paint him pale as well? No surprise that this they also did.

But how could all these pale-skinned people have a black origin (that of a black Adam and Eve)? That cannot be (in the eyes of the pale man). Hence, Adam and Eve also have to be white! So you have white Adam and Eve, regardless of how history, archaeology, and genetics shows that the first people were who are referred to today as black people.

These blatant lies embody systematic racism at its finest, to convince the world that the white race (as they call it) is superior. However, if anyone attacks their race for these atrocities, one is said to be racist!

So they call themselves white (which they are not) and since the Bible attributes white to pureness and anything righteous, they claim the color for themselves.

In like manner, since the Bible attributes black to darkness, they call us black (which we are not). So pale people became white, brown people became black. White people good, black people evil. got it?

Everything good is attributed to white. Even lies that men consider to be “not that bad,” are called white lies!

Strong Delusion for Believing  a Lie

So they have smartly gotten us to not only accept their lies, but also to guard the lies.

Speak anything about the color of the Messiah or the color of anyone in the Bible, our people are quick to say it does not matter. They have programmed us well through the Christian religion, effectively getting us to love and protect their lies.

This, of course, goes against everything the Bible stands for. Please note that the Bible tells us that it is the truth that saves. Note well also, that if we believe a lie, then we will be made to believe the lie so that we will be damned!

2Th 2:10-12  And with all deceivableness of unrighteousness (the unrighteous lie will deceive you) in them that perish; because they received not the love of the truth, that they might be saved. And for this cause YAHUAH shall send them strong delusion, that they should believe a lie: That they all might be damned who believed not the truth, but had pleasure in unrighteousness.

Psa 81:11-12  But my people would not hearken to my voice; and Israel would none of me. So I gave them up unto their own hearts’ lust: and they walked in their own counsels.

So if you are one of those who say the lie doesn’t matter (it doesn’t matter what color the Messiah is), you are sending yourself to damnation. All lies matter!

Isa_5:20  Woe unto them that call evil good, and good evil; that put darkness for light, and light for darkness; that put bitter for sweet, and sweet for bitter!

In fact, the word tells us that if we LOVE A LIE (which you do when you say it does not matter), then we cannot enter into the kingdom!

Rev 22:15  For without (outside the kingdom) are dogs, and sorcerers, and whoremongers, and murderers, and idolaters, and whosoever loveth and maketh a lie.

Why is the Truth Important?

So why is it important to know the truth? The truth sets us free and saves us, plus truth leads to more truth. the Most High does not reward our love of lies with more truth. He is the one who gives wisdom and understanding, and he withholds them from those who are not obedient to him.

Act_5:32  And we are his witnesses of these things; and so is also the Holy Spirit (the Spirit of truth), whom YAHUAH hath given to them that obey him.

The Importance of Color in Prophecy

Additionally, and probably most importantly, prophecy is based on one nation of people. The video below looks at the importance of knowing who the prophecies point to as well as show why it is important to know the color of the people in the Bible.

If we do not seek truth and instead follow the whitewashing, we will be looking for prophecies to be fulfilled through the wrong people. And what do we think will be the dividing line? Color!

People are looking for prophecies to be fulfilled through those blasphemers in the so-called Middle East who say they are Jews and are not.

He knows the works of the remnant of Israel who are poor and wretched, but actually rich as they will inherit the earth. However, there will be those in the end time blaspheming saying they are Jews and are not.

Unfortunately, these are the people to whom the world is looking for prophecy fulfillment. Satan has deceived the whole world by whitewashing the whole world, including the Bible. He has succeeded in getting us to love the lie and be subservient to the wicked of this world (Job 9:24).

And the hidden systematic brainwash goes on and on.  Most news anchors are white. In fact, in Brazil, it is almost impossible for blacks to be news anchors. The truth is the truth!

To re-enforce their claim that the people of the Bible were white, they created a state called Israel. this was populated with white Jewish converts who claim to be the people of the book. This has fooled the whole world that has been deceived by their educational system and their control of information.

So believing these people are the Jews of the bible is easy, since we are seeing them in Israel claiming to be Jews. We are tricked because:

Ecc 1:11  There is no remembrance of former things; neither shall there be any remembrance of things that are to come with those that shall come after.

So if the color didn’t matter, why all this? Why all these lies? But most importantly, why would Revelation 1:15 specify that the Messiah’s skin was dark brown?

Rev 1:15  And his feet like unto fine brass, as if they burned in a furnace; and his voice as the sound of many waters.

Why would the Father give that to us for the end time if the color would not matter in the end? Wake up!

The answer is that the Most High was giving us a clue as to what to look for in the end. He is telling us that end-time prophecies will be fulfilled through dark-skinned people!

Now I have to be constantly reminding my daughter of the fact that all the Bible stories that she watches almost daily, are in reality not of white people as they portray it, but of our Hebrew people. On Sabbaths, she watches them for hours so I was scared she would fall for the brainwash.

I once considered stopping her from watching them, as I don’t want the lies to be imprinted in her mind, as it had been done to me.

However, YAHUAH would have none of it. He personally took her in her dreams (through the Holy Spirit) and brought her into the bible stories. Several nights she was taken back to the time and placed in the action as things transpired. So on different nights, she is taken into different stories, seeing different Bible characters.

This is the inspiration for the video at the top of this post. It is about her dreams of Adam and Eve as well as of the Messiah, in which she told me what they looked like.

Additionally, she revealed to me the name that Adam and Eve called the Most High.

This is the same girl who dreamt that Yahweh is Jupiter without anyone telling her before I could break the news to her. By the way, this is what inspired the article: “Who is Yahweh.”

Watch the video at the top of this post, as we continue our look at the question, what was the color of the Messiah? In the video, we also look at why color is important. 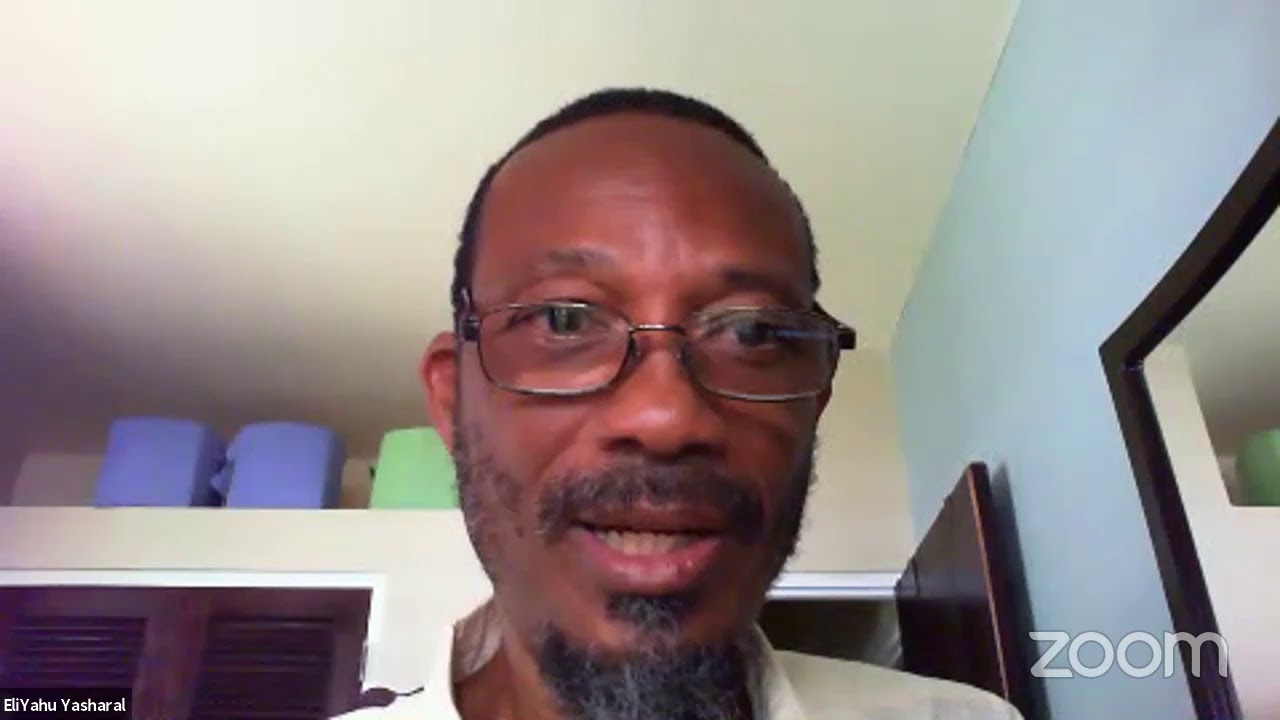 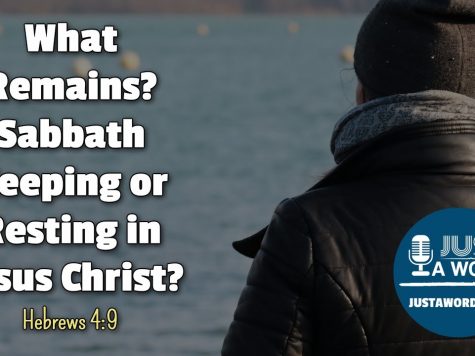