Why you are Antichrist if you believe “Jesus is God”

Why almost all Christians are Antichrist (Antimessiah) 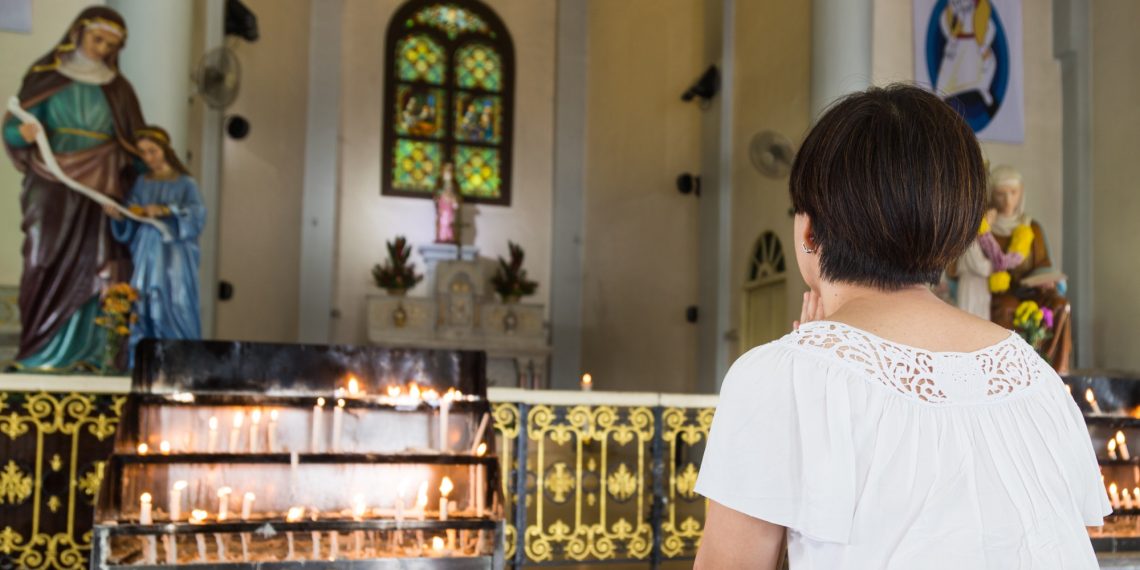 Believer kneel and praying in a old Catholic church

Millions of Christians worldwide are awaiting an anti-messiah (antichrist), a man of sin who will oppose the Messiah. How ironic it is to find out that almost all Christians are antichrist! Continue reading to find out how.

Contents hide
1 WHAT MAKES CHRISTIANS ANTICHRIST?
2 WHAT DOES “IN THE FLESH MEAN?”
3 MANY DECEIVERS AND ANTICHRISTS
4 WHY IS IT IMPORTANT TO BELIEVE THAT THE MESSIAH CAME IN THE FLESH?
4.1 THE MEANING OF SEED IN REFERENCE TO THE MESSIAH IN THE BIBLE
5 THERE IS ONLY ONE ELOHIYM: HIS NAME IS NOT YAHUSHA HAMASHIACH OR “JESUS CHRIST”
6 WHAT DO YOU CONFESS?

If you are among the millions who make this statement (that “Jesus” is “God”), proudly declaring the belief you have been taught by the Christian religion, then you have a big problem.

Sorry, but the Bible actually says that you are anti-messiah (antichrist).

2 John 1:7 For many deceivers are entered into the world, who confess not that Yahusha HaMashiach is come in the flesh (from the Greek word sarx). This is a deceiver and an antichrist.

Because you do not believe the Messiah was 100% human being while here.

Don’t worry, you’re not alone: almost all Christians don’t believe he was 100% human being while on earth. The answer to the following question will blow open the secret that will reveal how we have been greatly deceived.

WHAT DOES “IN THE FLESH MEAN?”

Pronunciation: sarx
Definition: Probably from the base of G4563; flesh (as stripped of the skin) that is (strictly) the meat of an animal (as food) or (by extension) the body (as opposed to the soul (or spirit) or as the symbol of what is external or as the means of kindred or (by implication) human nature (with its frailties (physically or morally) and passions) or (specifically) a human being (as such): – carnal (-ly + -ly minded) flesh ([-ly]).

“In the flesh” therefore means 100% carnally minded human being. It was not referring to him being a spirit, much less him being the Most High or anything more than a human being.

That was how the Messiah came, in the flesh (sarx or 100% human being). However, the lying pen of the Greek scribes (Jeremiah 8:8)  transformed him into a demi-god in keeping with their pagan beliefs and traditions.

MANY DECEIVERS AND ANTICHRISTS

Through the belief, therefore (that Jesus is God), you are guilty of this:

And just to make the point that there is not only one antichrist, but many…

Therefore, every believer who believes the Messiah is the Most High or part of a trinity is an antimessiah (antichrist).

WHY IS IT IMPORTANT TO BELIEVE THAT THE MESSIAH CAME IN THE FLESH?

So why is it important that the Messiah came in the flesh?

John 7:42 Hath not the scripture said, That Messiah cometh of the seed of David, and out of the town of Bethlehem, where David was?

Now did the Messiah conform to prophecy? Was he fully human being (born of a human father and mother)? What does Apostle Sha’ul say:

Romans 1:3 Concerning his Son Yahusha HaMashiach our Master, which was made of the seed of David according to the flesh (sarx / 100% carnal human being);

So even the greatly misunderstood Sha’ul agreed that the Messiah was a 100% human being of the seed of David. So the next question is, what does SEED mean?

As you can see, it means lineage: being the offspring of someone through semen, which refers to sexual intercourse to produce a child, born of a man’s sperm.

This means, of course, he had to have a human father. Of course, Joseph was his father!

Disagree? Have you stopped to think that a miraculous thing such as a virgin birth would have been spoken of again by the Apostles?

Instead, they spoke of him as being 100% human:

2 Timothy 2:8 Remember that Yahusha HaMashiach of the seed of David was raised from the dead according to my gospel:

The lying pen of the scribes (Jeremiah 8:8) has created a demi-god out of our Messiah.

Yahuchanon knew the danger of this occurring (man viewing the Messiah as a demi-god). What with all the miracles the Messiah performed? Even in his time, there were many trying to say the Messiah was not a full human being like everyone else. This is why he made warning statements such as this:

Even though there is nothing in the word that says we must believe the Messiah is Elohiym to be saved, people still want to worship him as Elohiym. That is because of our sinful nature (Romans 7) that has a propensity for idolatry (Romans 7).

THERE IS ONLY ONE ELOHIYM: HIS NAME IS NOT YAHUSHA HAMASHIACH OR “JESUS CHRIST”

But now let’s see what the Messiah says. did he believe he had a place in a so-called “godhead?”:

Mar 12:29 And Yahusha answered him, The first of all the commandments is, Hear, O Israel; YAHUAH our Elohiym is one YAHUAH:

He said YAHUAH is one YAHUAH. That means the Most High is not comprised of any other “god” as confirmed here:

What about the controversial Apostle Sha’ul?

Eph 4:5-6  One Master (Yahusha HaMashiach), one faith, one baptism, One Elohiym and Father of all, who is above all, and through all, and in you all.

1Tim 2:5 For there is one Elohiym, and one mediator between Elohiym and men, the MAN Messiah Yahusha;

WHAT DO YOU CONFESS?

Jesus is God? The word is quite clear. There is only one Elohiym and one Messiah, who came as a man, 100% human being (not a half-man, half-god).

What do you confess? Do you confess that the Messiah was half man, half god? or that he was fully “God?” That makes you anti-messiah (antichrist) according to 1 John 4:3.

Prove all things, hold fast that which is good. Repent and turn from false religion and the lies of the Gentiles.

Am I a Priest? Why Gentiles Cannot Be Priests of the Most High

Am I a Priest? Why Gentiles Cannot Be Priests of the Most High