I And My Father Are One: Does This Mean The Messiah Is The Father? – Should We Worship the Messiah Part 5 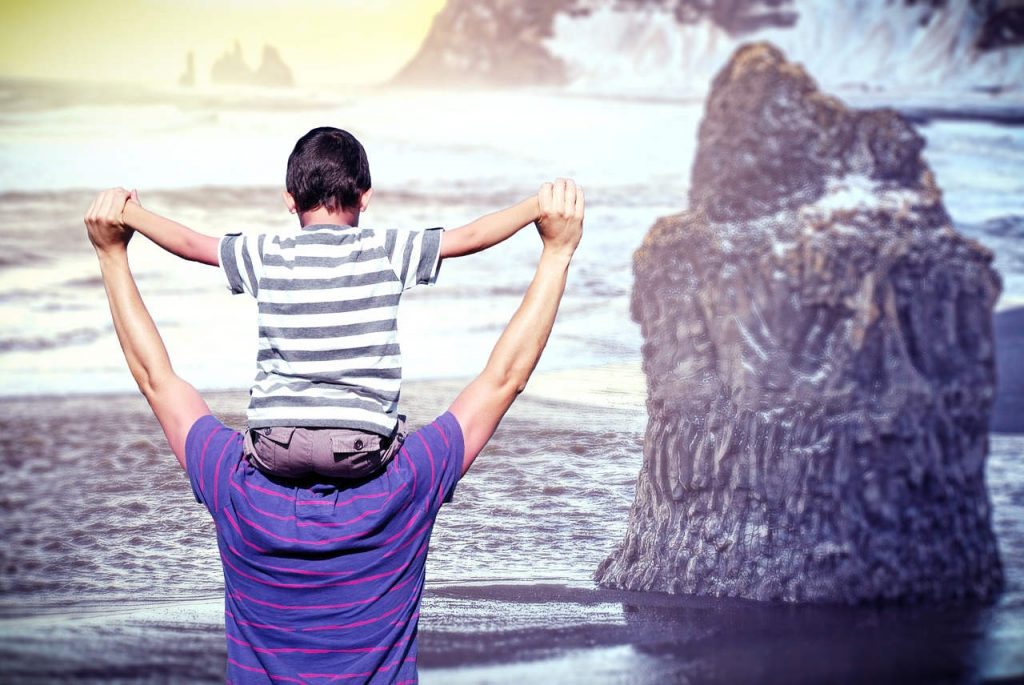 I And My Father Are One: Does This Mean The Messiah Is The Father?

It is really sad how we use single, isolated verses to create or prove a doctrine. This is born out of lack of understanding of the Bible.

In addition, a New Testament belief must also have precedence in the Tanakh (Old Testament).

Amo 3:7 Surely YHWH Elohiym will do nothing, but he revealeth his secret unto his servants the prophets.

2 Ti 3:16 All scripture (Old Testament) is given by inspiration of YHWH, and is profitable for doctrine, for reproof, for correction, for instruction in righteousness:

See Why Our Belief is False If It Does Not Have an Old Testament Foundation. 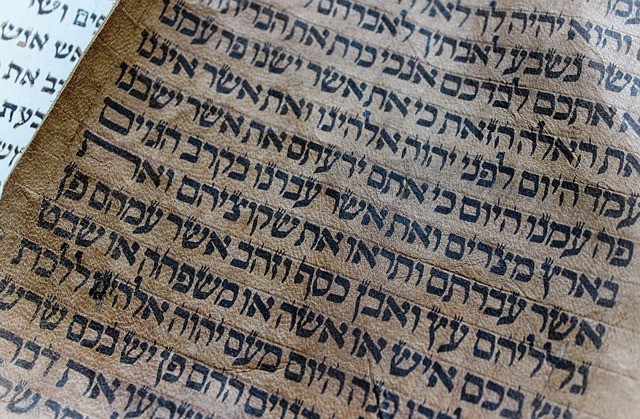 By the way, in an upcoming post, I will be looking at just what the old testament prophesied concerning the Messiah, (whether or not it prophesied that the Messiah will be YHWH).

Continuing though, this flawed interpretation of using a verse for doctrine without any confirming verse or backing prophetic scripture is easily accepted by the religious who blindly follow what they are taught.

This is a very easy road: a wide gate and this approach requires no deep study. Many Christians rely on church/pastor instead of deeply studying the Bible for themselves.

This makes it effortless for the average Christian, but it leads to a lack of understanding (Hosea 4:6), and they end up following “Pastor” rather than following the biblical Messiah.

I And My Father Are One

Today I look at another popular claim for worshiping the Messiah, which is when the Mashiach said: “I and my Father are one.”

Was he telling us that he is the Father YHWH Almighty? Here is the featured verse for our scrutiny:

To prove the meaning of this verse, let us go to the conversation between the Messiah and the Pharisees that prompted him to make the statement.

Jn 10:27 — Jn 10:30
My sheep hear my voice, and I know them, and they follow me: And I give unto them eternal life; and they shall never perish, neither shall any man pluck them out of my hand.

My Father, which gave them me, is greater than all; and no man is able to pluck them out of my Father’s hand.

I and my Father are one. 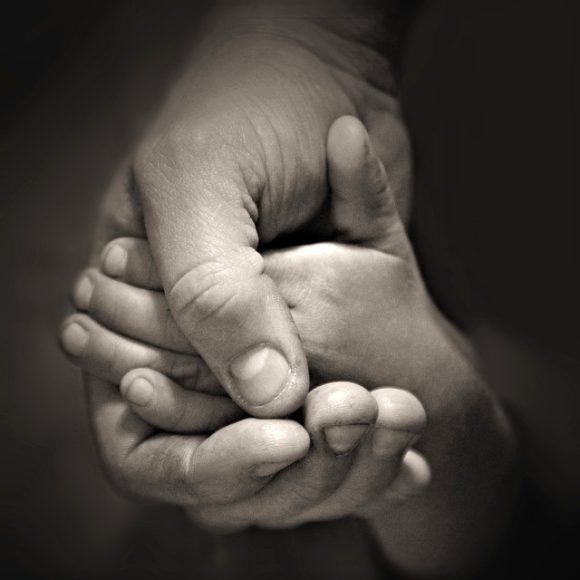 My Father is Greater Than All

Now before he even made the statement abut he and the Father being one, the Messiah placed it all in context when he confessed that the Father is greater than all. 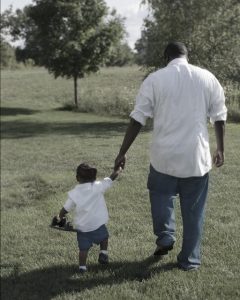 He confessed the Father’s superiority as he did even more profoundly here:

Jn 14:28
Ye have heard how I said unto you, I go away, and come again unto you. If ye loved me, ye would rejoice, because I said, I go unto the Father: for my Father is greater than I.

“My Father is greater than I” alone should tell us that “I and my Father are one” cannot mean he is the same as the Father.

However, because Christians ignore those clues and still accept it to mean they are one and the same, we have to continue so the truth can be fully revealed to those who are seeking truth.

Why did the Yahudiy (Jews) Want to Stone the Messiah?

Many good works have I shewed you from my Father; for which of those works do ye stone me?

The Jews answered him, saying, For a good work we stone thee not; but for blasphemy; and because that thou, being a man, makest thyself Elohiym.

How Did the Messiah Blaspheme and Make Himself Elohiym?

Now how did they claim the Messiah blasphemed? How did he make himself Elohiym?

John 10:36
Say ye of him, whom the Father hath sanctified, and sent into the world, Thou blasphemest; because I said, I am the Son of YHWH? 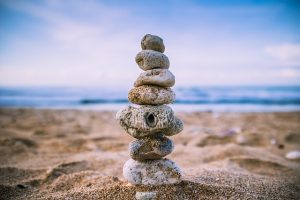 Then when he said the verse below, they sought to stone him again…

John 10:38
But if I do, though ye believe not me, believe the works: that ye may know, and believe, that the Father is in me, and I in him.

John 10:39
Therefore they sought again to take him: but he escaped out of their hand,

The Father is in me, and I in him: What does this mean?

The Father is in me, and I in him. We will probably look at in detail in an upcoming post, but let me give a taste of it by saying that we also will be in the Father and in the Messiah.

Joh 17:20-21 Neither pray I for these (disciples) alone, but for them also which shall believe on me through their word (you and I);

That they all may be one; as thou, Father, art in me, and I in thee, that they also may be one in us: that the world may believe that thou hast sent me.

Likewise, it is the same with the Messiah: “the Father is in me and I in him” does not mean he was saying he was the Father!

It means that the Father’s Spirit is in him, just as it is in us through the Holy Spirit! That then makes us one in the Father (John 17:19-26).

What Does it Mean to Make Thyself Elohiym (God)?

However, the big question is, why when the Jews thought he was making himself Elohiym (God), what did they think he meant?

Their understanding was not that he was saying he was YHWH, but the SON of YHWH. This was because the Hebrews did not conceptualize that YHWH could ever be a man.

Why? because the Shema is their guide:

Deu 6:4
Hear, O Israel: YHWH our Elohiym is ONE YHWH

YHWH is one and they know him to be a spirit. They were not brought up on, nor enveloped with neo pagan, man-god Greco-Roman beliefs as we are today.

Pagan Influence On Our Belief

It is because we live in a western, pagan world that in our western mindset, we can believe “I and the Father are one” to mean that he is YHWH.

It therefore does not seem heretic to us. Most of us grew up on the pagan lies of Western Christianity. However, to the Hebrews of the Bible, it was heresy and idolatry.

Why the Jews of Today Reject “Jesus”

This is why even the religious Jews of today reject Modern Christianity. To them it is idolatry and heresy, especially if we add the trinity (which is also of pagan origin).

This is the same doctrine that the Apostle Sha’ul preached. He preached Yahushua not as YHWH, but as the Messiah, the son of YHWH:

Act 9:20 And straightway he preached the Messiah in the synagogues, that he is the Son of YHWH.

Act 17:3 Opening and alleging, that the Messiah must needs have suffered, and risen again from the dead; and that this Yahushua, whom I preach unto you, is the Messiah.

Does This Mean The Messiah Is The Father?

So the statement: “I and my Father are one” taken in the context of which it was spoken, does not mean that the Messiah was saying he was the Father. Rather, he was saying that he is the Son of the Father.

This is significant as those of us who are led by the Spirit of YHWH have also become sons of YHWH!

Rom 8:14 For as many as are led by the Spirit of YHWH, they are the sons of YHWH.

John 1:12 But as many as received him, to them gave he power to become the sons of YHWH, even to them that believe on his name:

Does this mean we are YHWH? Yah forbid! Rather, Yahushua is the firstborn of many sons! Take a look:

Rom 8:29 For whom he did foreknow, he also did predestinate to be conformed to the image of his Son, that he might be the firstborn among many brethren.

Therefore, the general Christian interpretation of “I and my Father are one” to mean the Messiah is the Father is a false interpretation when taken in context.

Therefore we should worship the Father as the Messiah and Apostles did. Revere, honour, bow down, do obeisance to, rejoice in the son.

Tags: I and my Father are onemessiahShemashould we worship the Messiah

Is Isaiah 9:6 Saying The Messiah Is The Mighty Elohiym (God)?: Should We Worship the Messiah Part 4