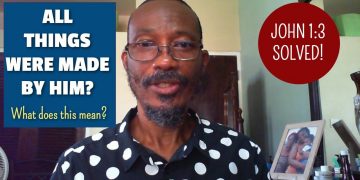 In the Beginning Was The Word Part 2

ALL THINGS WERE MADE BY HIM

In part 1 of this two part series on John 1 (In the beginning was the Word), we looked at the first 2 verses of John 1. We concluded that the word is the spoken word of YAHUAH that was delivered through the prophets of old.

If you have not yet seen it, we suggest you take a look.

In this post, we will look at verse 3, which says:

Now the most troublesome word there is the word “by.” I have perused scripture and found 4 different Greek words that mean “by.” Bear in mind that the new testament was written in Greek. So to solve John 1:3, we simply need to figure out the meaning of the word “by” as used in the verse.

THE PROBLEM OF LANGUAGE

This is because it was prophesied that languages would be a problem in the end time:

Isa 28:11  For with stammering (lâ‛êg – foreign) lips and another tongue (lâshôn – language) will he speak to this people.

Because we will be in captivity in the end because of the rebellion of our fathers who would not listen to the most high:

Isa 28:12  To whom he said, This is the rest wherewith ye may cause the weary to rest; and this is the refreshing: yet they would not hear.

So because he is speaking to us through a stammering (hard to understand) language that was not the original language of scripture, we have to be very careful in how we study scripture. The strange language cannot be the basis on which we make final judgment about scripture.

In other words, if we put our trust in the languages in which we are given, which in our case is the English Language, then we have a huge problem. We will not be able to understand scripture.

So we will look at just 2 meanings of the word “by” to solve the puzzle of John 1:3 (all things were made by him).

The first meaning of “by” that we will look at is the Greek word “en.”

The important thing to note about “en” is that it denotes instrumentality. This means the “by” means that whatever is by (or through) is the instrument that was used to do something.

An illustration would be this verse:

So the word “en” denotes instrumentality, so the most suitable of the many meanings is “through.” The Most High now speaks to us THROUGH his son. The son is the instrument or medium through whom he speaks. This is an example below:

Mat 12:28  But if I cast out devils by (en) the Spirit of YAHUAH, then the kingdom of Aluahym is come unto you.

The “by” in the verse above speaks of the spirit of Aluahym being the instrument by which devils are cast out. This is the use of “en” and is the word used if we were to say the Messiah created (was instrumental in the creation of) the world. So we look at another meaning of the word “by” before we go back to our core verse in John 1:3.

So another meaning we will look at to solve the mystery of John 1:3, is the Greek word “dia.”

Now dia speaks of the channel of an act, but this channel is causal or occasional. This is different from “en” which means instrumentality. So let’s lay them out below: 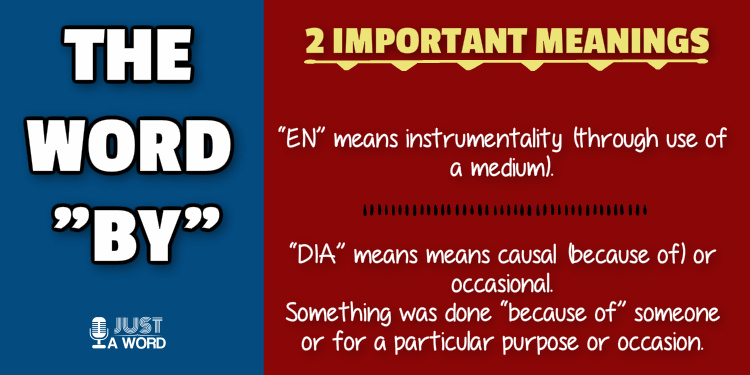 So we will use this understanding to solve John 1:3.

You see, if the verse was saying that the Messiah created the world, then the word for “by” there would have to be “en.” So let us see what it is:

As you can see, it is Strong’s G1223, which is “dia,” As we said, this word does not speak of instrumentality, but speaks of causal or occasional. Hence the sentence is actually alluding to this:

So putting it in its proper context, we would get this:

John 1:3  All things were made by (Greek “dia” – because of, for, by reason of, for the sake of) him; and without him was not any thing made that was made. 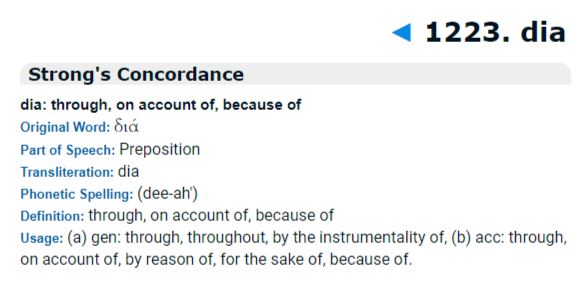 BY WHOM ALSO HE CREATED THE WORLDS

The very same thing pertains to this found in Hebrews 1:

Heb 1:1-2  YAHUAH, who at sundry times and in divers manners spake in time past unto the fathers by the prophets, Hath in these last days spoken unto us by (G1722) his Son, whom he hath appointed heir of all things, by (G1223) whom also he made the worlds;

WHO CREATED ALL THINGS BY YAHUSHA HAMASHIACH

There is yet another instance in the book of Ephesians. Let’s see:

Eph_3:9  And to make all men see what is the fellowship of the mystery, which from the beginning of the world hath been hid in Aluahym, who created all things by Yahusha HaMashiach:

Once again, is this saying the Most High used the Messiah as an instrument of creation? Is this saying Yahusha HaMashiach created all things? Let us see which “by” is used there:

As we see once again, it is G1223, which is the Greek word “dia” meaning it was causal. This is saying yet again, that the Most High created all things for the sake of the Messiah.

ALL THINGS WERE MADE BY HIM: CONCLUSION

So likewise when it say”without him was not any thing made that was made,” it means every sing;e thing was made for the Messiah, nothing excluded!

So this post coupled with our previous post about “In the beginning was the word,” should go a long way into explaining John 1. This is a great misunderstanding on which an entire religion of 2 billion people are based. However:

Ecclesiasticus 3:19
Many are in high place, and of renown: but mysteries are revealed unto the meek.

RELATED POST: In the Beginning Was the Word: The Mystery of John 1 Solved! 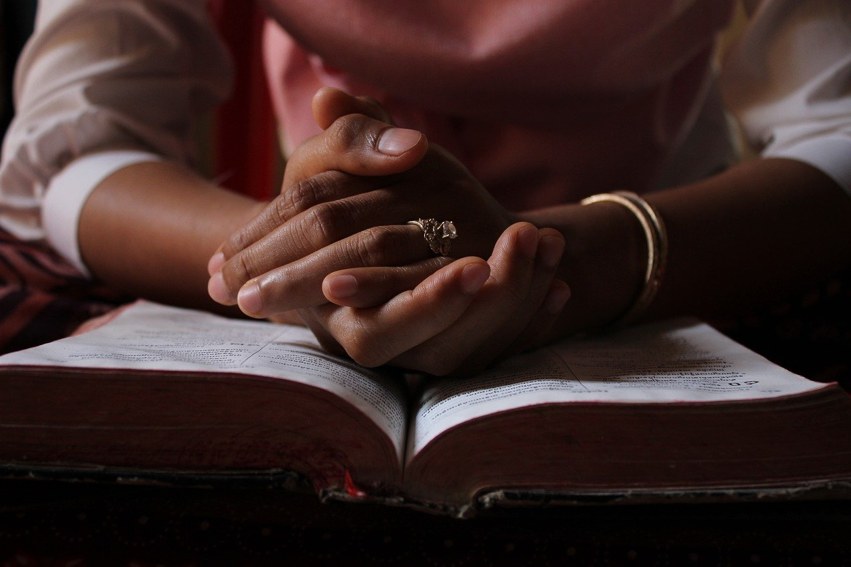 1 TIMOTHY 3:16 Just a Word did a whole series entitled "Should We Worship The Messiah," in which we essentially...

https://www.youtube.com/watch?v=KFhOJdbSXRY IN THE BEGINNING WAS THE WORD John 1 is probably one of the most controversial chapters in the Bible.... 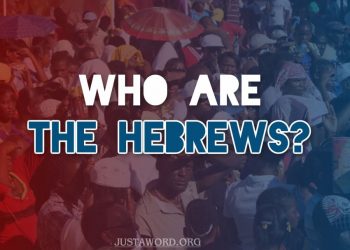 WHO ARE THE HEBREWS? If you ask who are the Hebrews, it is most likely that those who study the...

Hebrews 4:9 - There Remains A Rest - Sabbath Keeping Or Resting In "Jesus?"